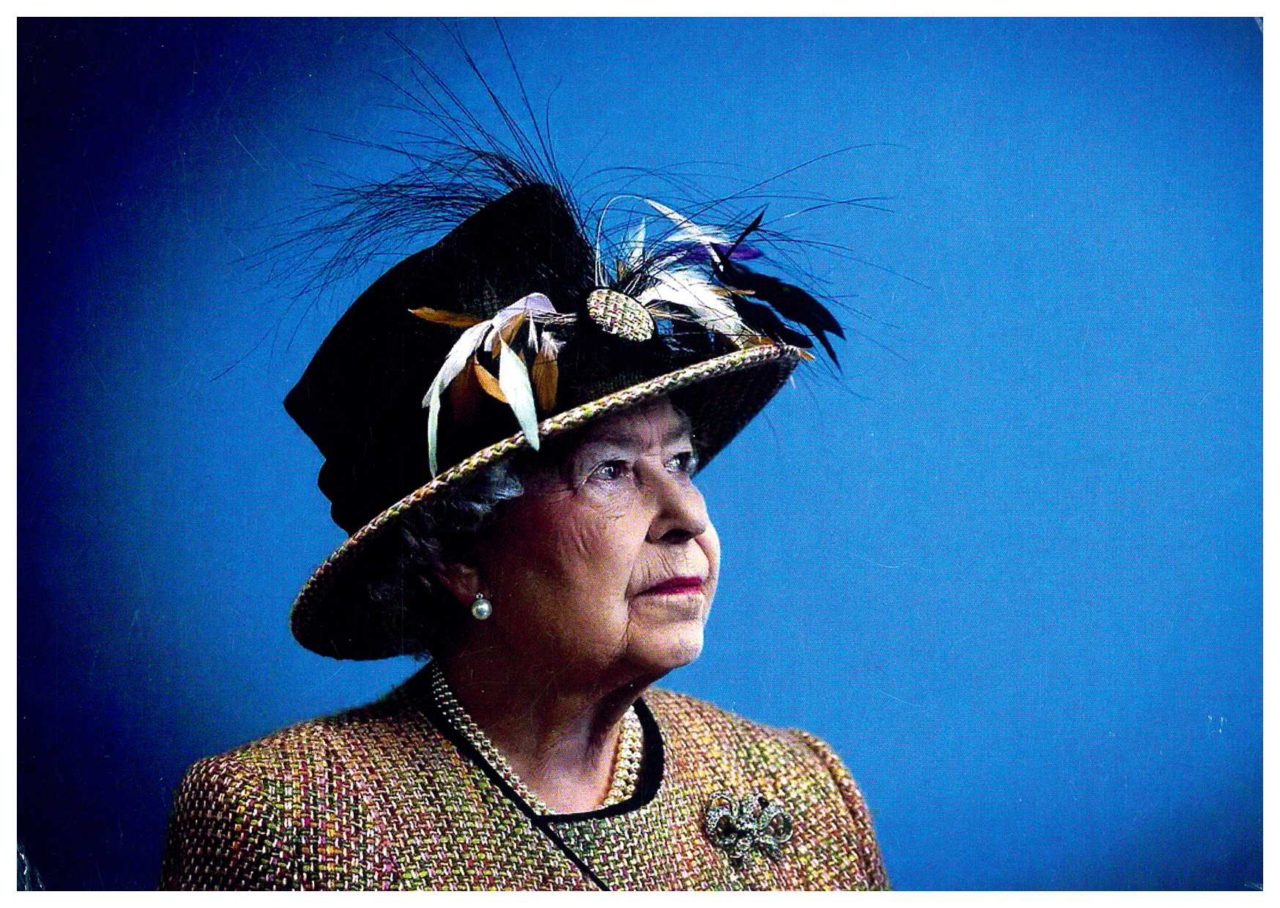 The death of Queen Elizabeth II (1926-2022) and the succession of Charles III is a defining constitutional moment in the life of the nation. Queen Elizabeth provided her heir with a life-long apprenticeship that taught him many aspects about monarchy and his future role. The monarchy represents the “dignified” aspect of public life and its role is to infuse the other parts of government with principles and virtues of government for the greater benefit of the population. Queen Elizabeth extolled the virtues of service and  diplomacy. The paper traces the constitutional basis of succession of Charles III and the ceremonial and religious significance of the Monarch.

The death of Elizabeth II (1926-2022) has been accompanied by great national sorrow for her passing, tinged with emotions  and expectations for the succession of her heir King Charles III, the United Kingdom’s new Head of State. This is a defining constitutional moment in the life of the nation. The economist and constitutional commentator, Walter Bagehot[1] (1826-1877) in his English Constitution (1867) argued that a constitution needed two parts. The first part was the dignified “to excite and preserve the reverence of the population », and the other part the efficient “to employ that homage in the work of government.” The monarchy, as the dignified part of the Constitution under Queen Elizabeth’s reign was undertaken remarkably well[2]. The role of the monarchy is defined constitutionally, religiously and ceremonially. Queen Elizabeth was the epitome of all three roles. The duration of her reign, the longest in history (1952 – 2022), provided continuity and dependability. She was the only monarch that most of the population has ever known. It was the constancy of her reign that was remarkable. Hers was a life well lived during a period of remarkable social and economic transformation and upheaval in the United Kingdom and the Commonwealth after the end of the second world war. She combined an unswerving commitment to  public service, dedication to the Church of England and a deft touch to affairs of state. Glimpses of her personal life were sparingly, if at all, revealed, most notably her impish humour with her meeting with “James Bond at Buckingham Palace” when London hosted the Olympics. Some years later “Tea with Paddington Bear” was perfectly choreographed, witty and truly memorable, a tribute to her skill, sense of fun and understanding of contemporary times.  Her private opinions were seldom made known as hers, public utterances were carefully crafted. The  private conversations with serving and past Prime Ministers were kept confidential. She separated the monarchy from the political and did not stray into matters of constitutional controversy. The joys and sadness of her reign were accepted with dignity and handled with diplomacy and skill. There were no less than 16 Prime Ministers that she served, spanning the years from her accession, starting with Winston Churchill and ending with Liz Truss, who was appointed on Tuesday 6th September,  just two days before the monarch’s death, her last official engagement as monarch.

All three roles: the constitutional, the religious and the ceremonial are well illustrated by the process of succession and  coronation of Charles III  to follow which revealed many of the unseen parts of the UK’s unwritten constitution[3]. The title to the throne is hereditary, but it is also the product of statute, asserting Parliament’s authority over the monarchy. The Act of Settlement 1700 settled the line of succession from the time of Sophia, Electress of Hanover, the granddaughter of James I to the present day. The monarchy’s ceremonial aspects are both procedural and constitutionally defined in law. The successor to the throne must take the coronation oath and sign a declaration settled since the Bill of Rights 1689. The stipulation is that the Crown must be held by serving member of the Church of England. This reveals the duality of the status of the Monarch, Head of State and Head of the Church of England, the established Church. The Act of Settlement forbids a Roman Catholic from holding the Crown. Additionally the Union of Scotland Act 1706 requires the Sovereign to swear allegiance to the Church in Scotland, uphold the security of the Presbyterian Church in Scotland and declare that he is a faithful Protestant and promises to uphold the Protestant succession to the Throne. The Coronation Oath is based on the Coronation Oath Act 1688.

The Accession Council was summoned, by convention and law, to meet at St James’s Palace on Saturday after the demise of Queen Elizabeth. Its authority is from the use of royal proclamation, attested by the signature and attendance of witnesses and use of seals to ensure legality. Under the English common law, the demise of the Crown is both the end of the reign of Queen Elizabeth and the simultaneous transfer from the late sovereign to the new sovereign, Charles III who is automatically King. There is no gap or pause in the line of succession. The “immortality of the monarchy” guarantees its  survival. This is fulfilled by procedures that set out the arrangements and means of communication to be used to make public the Sovereign’s death throughout the realm, the four nations of the United Kingdom and the Commonwealth countries as well as the wider world.

The Accession Council is composed of Privy Councillors (there are over 700) but in 2022 it was decided that only about 200 would attend. For the first time the proceedings were televised live, giving the public a rare insight into the hidden working of the constitution. Oaths and proclamations were made, attesting to the death of Elizabeth II and the accession of her rightful heir King Charles III. The coronation ceremony will be held much later under the Coronation Oath Act 1688. Elizabeth II was for the first time proclaimed by different titles in the various independent states of the Commonwealth. King Charles III will follow that practice.

Parliament’s authority is also underlined by the Government undertaking to pay for the State Funeral[4]. A motion is moved in the House of Commons and a supplementary estimate is raised. HM Treasury is the responsible department and the expenditure on the funeral is part of the accounts for the department, audited by the National Audit Office.

The statutory basis of the monarch’s status left no room for any voluntary abdication. This is illustrated by the special passage of the Abdication Act 1936 allowing Edward VIII to abdicate and marry Mrs Simpson. The 1936 Act even amended the Act of Settlement 1700 and excluded Edward VIII from the provisions of the Royal Marriages Act 1772. Precedent once created can be followed, if necessary in the future.

King Charles has had a life-long apprenticeship to succeed the late Queen[5]. The new King has vowed to continue the tradition of Queen Elizabeth and uphold constitutional principles. The King may advise and consul the government but not interfere in political policy-making or political debate. The new challenges facing the new monarch are complex and will require dexterity and tact. The most formidable is the evolution of the Commonwealth. In 14 of the 56 Commonwealth countries, King Charles is Head of State. It is conceivable that at least some may wish to severe links with the Crown. Barbados voted to become a republic last year and Jamaica may follow. This may be achieved through a referendum in the country concerned and a process of removing the Crown’s status as the Head of State. Canada is not convinced about  King Charles III but was happy to remain with the Queen has Head of State. Australia has promised not to have a referendum on the subject for at least a year. Removing the Crown as Head of State might weaken the Commonwealth as a concept and severely diminish the role of the United Kingdom. There are concerns about human rights and the rights of minorities in parts of the Commonwealth. Rwanda and Zimbabwe are of particular concern in terms of human rights. In the case of Zimbabwe, the country withdrew from the Commonwealth in 2003 and is undergoing  a process of re-joining which began in 2018. Democratically elected governments may prove open to corruption and some may be susceptible to authoritarian rule. Doubts arise as to how the UK or its Head of State can preserve the autonomy and status of the Commonwealth, while addressing such concerns[6].

The four nations of the United Kingdom may fragment. Devolution to Scotland, Wales and Northern Ireland, although considerably expanded in terms of devolved powers and some finance autonomy, may still not be enough to satisfy demands for greater autonomy and ultimate independence. This might be particularly the case in Scotland amidst demands for a second independence referendum and if not conceded by the UK, an informal referendum held by the Scottish Parliament. It is likely that as Northern Ireland has moved to a nationalist majority in the Northern Ireland Assembly, a referendum might be triggered under the Good Friday Agreement on the continuation of the  union with the United Kingdom. Wales may decide to wait and see on the outcome of Scotland and then decide whether to seek some form of independence. The question is how the monarch might provide support for the Union, without seemingly endorsing it, as independence is a political issue that is left to politicians and the public.

There are two interrelated questions. What does the public expect from the monarchy and Head of State? More generally what is the role of monarchy in a democratic society? The latter may be answered by the size and scale of the monarchy and whether there are plans to reduce the size, and costs of the Royal Family, allowing only senior royals a public profile and role. King Charles III is assumed to favour a slimmed down royal family. The finances of the monarchy are already determined by Parliament, with various taxation arrangements sparingly applied to Royal income[7].

Family discord, accentuated since the marriage of Prince Harry to Meghan Markle, has considerable potential to cause embarrassment and any future films or  publications may  dimmish the reputation of the royal family including the Head of State. The various “dignified” aspects of monarchy are defined not only by continuity but also by the magical ingredient of “mystery” and reverence. Exposed to public view, the orifices of private power, patronage and money may cast unwelcome shadows over the monarchy. The survival of the monarchy is best supported by the dignified role it holds in the constitution and in the consciousness of the nation, encompassing  the constitutional, religious and ceremonial aspects of the State. Queen Elizabeth has left a lasting legacy for the future of the monarchy, which King Charles will assuredly follow.

[1] Walter Bagehot was an early editor of the Economist.

Searching is in progress